Play and chat in VeoWin 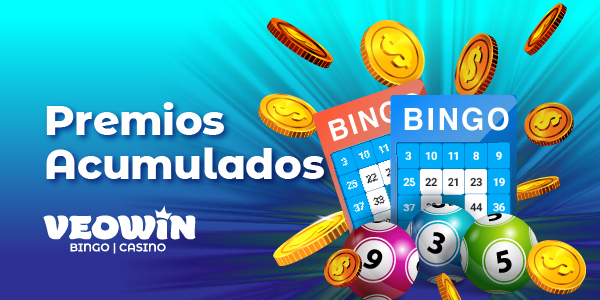 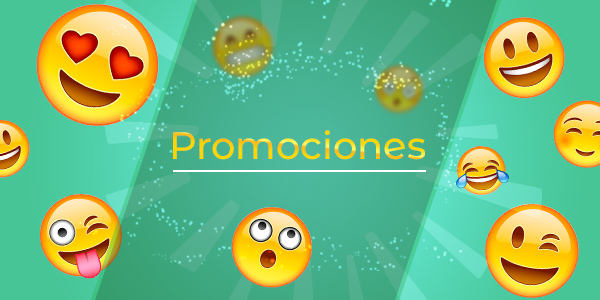 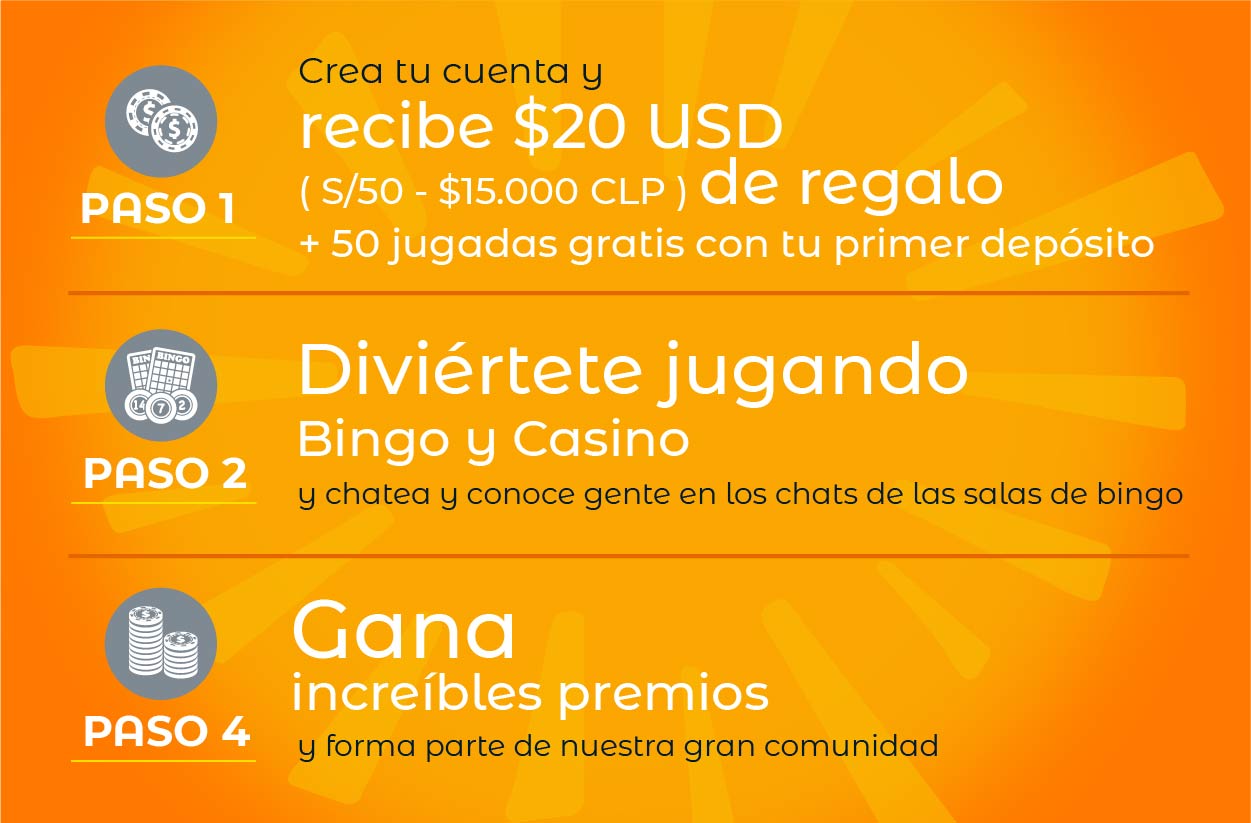 How do I start playing on VeoWin?

What time does VeoWin open?

¡VeoWin never closes! You will be able to play all our games 24 hours a day, 7 days a week. ¡We will wait for you!

What are chats in bingo halls?

In VeoWin's online bingo rooms you will find a chat where you can meet other bingo lovers like you, as well as play fun chat games, with which you can win gift vouchers.

How can I deposit money?

We have different deposit and withdrawal methods, such as Astropay, Muchbetter, CashPay, Bank cards ... and we will be adding more little by little. All deposits are 100% safe and you will never have problems collecting your rewards.

What games can I play on VeoWin?

At VeoWin we have different online bingo rooms, more than 500 slots, more than 10 roulette games, 10 blackjack tables and more than 30 live casino games. VeoWin is the most complete online casino and the largest online bingo community in Latin America. 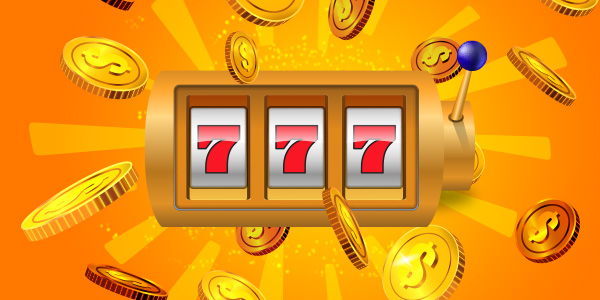 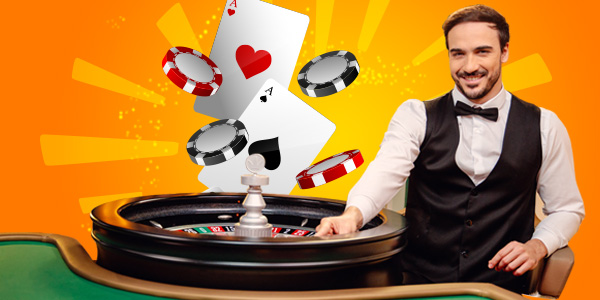 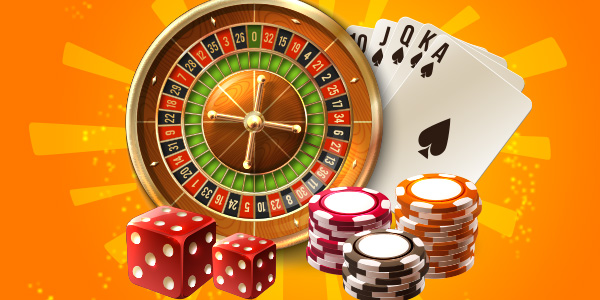 ¡At VeoWin you can enjoy the best of online bingo!

Surely the word bingo is nothing new for you and this game is very popular all over the world. In addition, it has a prominent place on our website.

Traditional bingo has a drum that contains numbered balls and each player has one or more cards with a list of numbers. The announcer is the person in charge of directing the game and removing the balls from the bass drum one by one, announcing the numbers out loud..

If the number corresponds to one of the ones you have on your card, then check that box. The first person to have all the boxes crossed out must pronounce the word Bingo and becomes the winner of the game. ¡The most awaited moment!

Online bingo works in a very similar way because it is the adaptation of this game of chance to the virtual world. The best news is that online bingo gives you more chances of winning because you can fill in lines and get a prize for it, unlike traditional bingo that only rewards you for marking the entire card.

Our online bingo games take advantage of all the advantages of technology: eye-catching graphics, sounds that create a unique experience and first-rate animations that transport you to a real party. ¡Learn more!

Imagine that you enter VeoWin and with a single click you find yourself in an online bingo room, where you can play with friends and people from all over Latin America.

We call this modality Online Multiplayer Bingo and we guarantee a level of fun that will exceed your expectations..

At VeoWin we have several virtual spaces to play online bingo, such as the El Dorado Room and the Platino Room.

Both have an online chat, in which the bingo moderators animate the game, interact with all the users and answer different questions. In addition, within these chats we launch short games for you to participate and win prizes.

You choose when to play at VeoWin, as our online bingo rooms are available at different times of the day. The El Dorado Room will be open 24 hours a day and the Platino Room, for 12 hours each day.

Types of Bingo Online at VeoWin

We present you the two most popular ways to play online bingo. In VeoWin you can enjoy your favorite option:

As its name describes it, this game has a total of 90 numbers and each card has 15 boxes. You can win by filling the entire card or some lines. This is the most famous version of bingo in all countries and online casinos.

This type of bingo has 75 balls and each card has a maximum of 25 squares, divided into 5 rows and 5 columns. It also offers the option to win by single (horizontal), vertical or diagonal lines.

Something that differentiates the 75-ball bingo cards is that the middle box is an X or a blank space, which is worth a marked number (a kind of wild card).

Differences between Bingo and Video Bingo

Video Bingo games are often confused with Bingo and, although they are similar, they have some differences that make them two totally different online games.

At VeoWin we offer a wide variety of Bingo promotions so that you can get bonuses and prizes every week.

In addition, you can get bonuses on your birthday, for recommending VeoWin to your friends and ¡much more!

¡Discover all our offer and let the fun begin!

History of the game of Bingo

We tell you the origins of this game and how it evolved over time.

There are several theories about the birth of this game, but the most famous is the one that speaks of its origin in Italy when different lotteries were played in social gatherings and in any social class during the Renaissance era..

From Italy he traveled to other countries such as Germany, where he gained great popularity and became a didactic game for teaching numbers and mathematics..

The reference is that it was in France where the bingo cards began to be divided into rows and columns, as it is known today, and where the tradition of rewarding whoever marked all the numbers on the card began. Thus bingo was positioned as one of the most popular games of the nineteenth century.

However, it was in the 20th century that it achieved its worldwide fame when American toy dealer Edwin S Lowe became interested in producing the game and selling it on a large scale. It was he who also called it by the name of Bingo.

When bingo began to be marketed in the United States, it gained worldwide recognition. Years later, the casino owners saw it as a fairly successful option to include in their gambling offer and reward players who sang Bingo by filling in their card..

From its origin in Italy to its arrival in the world of casinos, bingo has been characterized as a game of pure fun, that is why at VeoWin we have a very complete offer for you to have a great time and have greater opportunities to win.

We know that online bingo rooms are excellent for entertaining, meeting people and having a great time; You can also access all the promotions and offers to make your experience unforgettable.